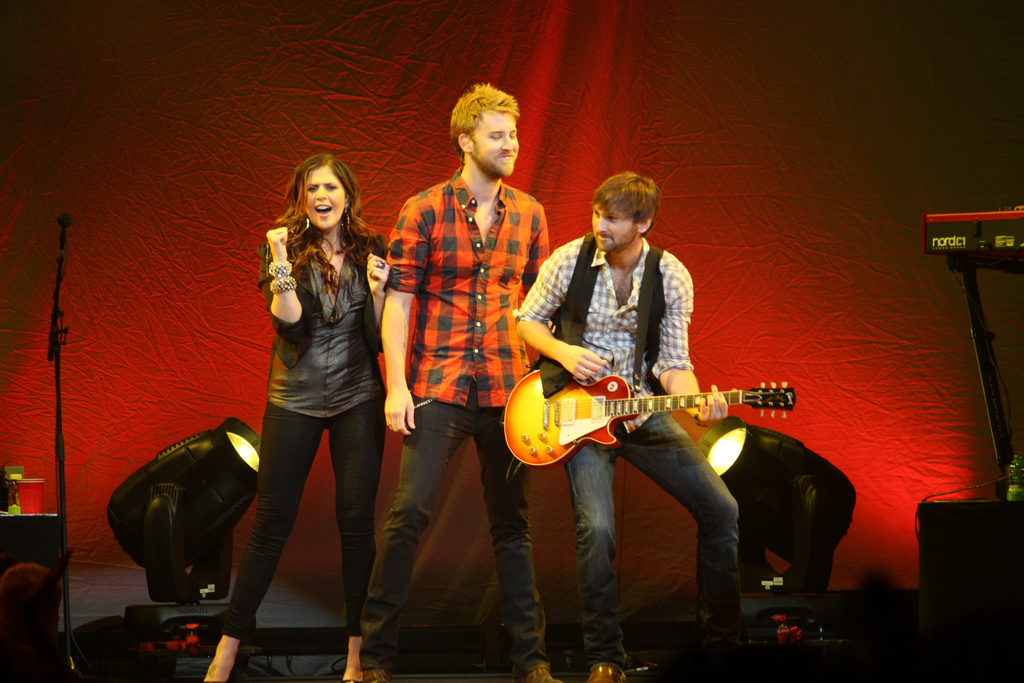 The incredible country group Lady Antebellum are a Grammy Award winning band and a live act not to be missed. With over 12.5 million singles sold in the US and a legion of fans they consist of Hillary Scott, Charles Kelley and Dave Haywood. Formed in Nashville in 2006, some of their most popular singles are “I Run to You”, “Need You Now” and “American Honey”.

One of rising stars of country music, Kip Moore also performs on the same night. His debut album “Up All Night” reached no.6 in the Billboard 200 and no.3 in the Country charts. His four released singles so are “Mary Was the Marrying Kind”, “Somethin’ ‘Bout a Truck”, “Beer Money” and “Hey Pretty Girl”.

This country all-star event is completed with Kacey Musgraves, a fantastic singer-songwriter who has toured with Lady Antebellum in the UK. Musgraves has released four albums to date, with her 2013 album her latest and called “Same Trailer Different Park” which reached no.1 in the country albums charts.